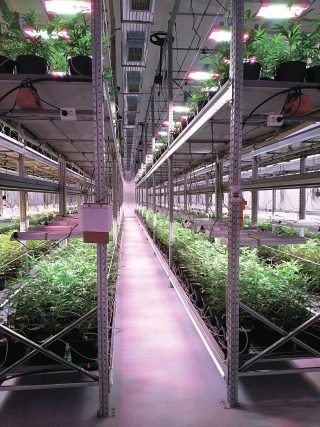 A smart lighting system developed by Israeli company Juganu will change everything that you knew until now, about light, cannabis and the connection between them. A special interview with the company’s CEO, Eran Ben Shmuel

A company called Juganu has launched a new lighting system which it claims is able to “inactivate” viruses and bacteria on surfaces with the coronavirus among them, Calcalist reported.The lighting system, called J.Protect, can be installed in various locations such as hospitals, schools, offices and gyms, to help curb the spread of bacteria in those places. It can be operated with a mobile app.Read More Related Articles

The name of Israeli startup Juganu usually hits the headlines because of its smart street lighting system, which it provides to cities worldwide that are interested in becoming smart cities, with proven savings of up to 90% of regular costs. However, at the same time the company has identified the need that cannabis growers have for quality light and has begun activities in that field.

Juganu today also provides its exceptional lighting system to medical cannabis cultivation companies, which are interested in controlling the quality, amount of time and even the chemical composition and attributes of the cannabis that they grow, while adapting the profile of cannabinoid to their needs and target markets. This is achieved quickly and efficiently while generating economic savings, control of cultivation and a reduction in factors creating uncertainty.

A smart system for cultivating cannabis

Juguanu, which was founded in 2011 by Eran Ben Shmuel and Alex Bilchinsky, provides those engaged in the cannabis sector with a proven solution, using its two breakthrough technologies: a lighting technology based on a range of patents registered in countries around the world and an advanced technology for creating a communications network between the lights.

Regarding the lighting technology, Ben Shmuel explains that “in the lighting market, Juganu provides a simple solution of LED lighting combined with chips with a cooling unit and power supply. We have built a completely new LED light based on an advanced coefficient of transferring color so that it produces light resembling the special light of the sun.

“This lighting has the attributes of low density light but with an especially long life and we can control the length of its waves so that we know how to adjust the length of the waves to the precise needs of the cannabis plant.”

“It is possible, for example, to add sensors to this infrastructure that measure temperature, amount of water in the ground, amount of humidity in the air or turbidity of the water, thereby allowing efficient control of cultivation. The use of cameras also allows a new level of control because the control center of the entire network continually monitors each plant’s growth, recognizes its condition and recommends any required treatment”.

“This is a system that is based on strong units, each intertwined with each other and operating with an AI system. We run algorithms that help us achieve optimal results in cultivating the cannabis. This is a smart system that provides controlled and consistent results through the correct use of lighting frequencies.”

Research conducted at the Vulcani Institute using Juganu’s advanced system discovered how far-reaching the influence of light is on the plant.

The research’s findings were published last February and made clear the significant – and the positive – change in the volume, concentration and chemical composition of the cannabinoid in the plant.

Today the company is working on an additional development of its algorithm while complying with the required standards, so that in the future cannabis growers can set the required length of light waves adapted to their needs.

So, for example, if there will be a need to develop a species with a high percentage of CBD or THC or a combination thereof, all that will be needed to be done will be to define Juganu’s light – and the light will change accordingly.

The uniqueness of Juganu’s technology already makes it today suitable for all forms of agriculture including vertical agriculture carried out at different levels. Ben Shmuel: ” It’s possible to bring the plant closer to the light without the plant getting burned. Although LED is cold, greater proximity to the light can burn the plant. With Juganu’s solution, that does not happen and so our solution is also suitable for farming carried out in conditions where land is scarce.”

In addition, Juganu’s lighting can be adapted so that it resembles the changes that sunlight undergoes while at the same time the company’s technology allows the prevention of problems that are created in nature such as haziness or cloudiness in the air, which adversely affect exposure of the plant to the sun’s rays. “We always use the most optimal lighting so that there will be optimal light at all times” explains Ben Shmuel.

All this happens with major savings of tens of percentages in electricity consumption compared with regular LED systems and in addition agricultural production of the dried material per watt is three times what is received when making use of regular systems.”

The entry of Juganu to activities in the cannabis sector was undertaken at the same time to its activities in other agricultural sectors. Its technology is used by a company in New Jersey engaged in cultivating leafy greens vegetables, another company in Korea uses it to cultivate ginseng and cannabis and various European companies specializing in cultivating cannabis are installing systems in their farms. In Israel too, several companies have already purchased the system and Ben Shmuel says that there is a growing interest in Canada.

“Since we are the owners of the technology,” explains Ben Shmuel, “We are working in a number of areas. The biggest thing that is happening in the field is the understanding that light has a huge influence on the cannabis crops. There are 2,000 elements in the plant and when you can change their composition or concentration by changing the light, you can achieve a quality that has yet to be known”. 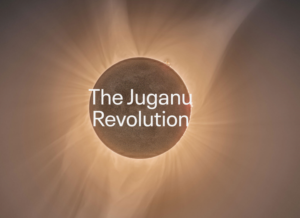 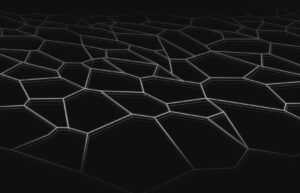 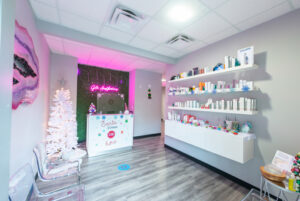 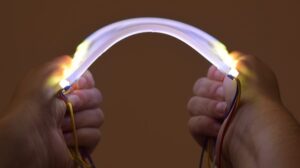 The futuristic lighting system that offers disinfection and Wi-Fi

GET IN TOUCH
WITH THE PEOPLE
BEHIND JUGANU.

We look forward to hearing from you.